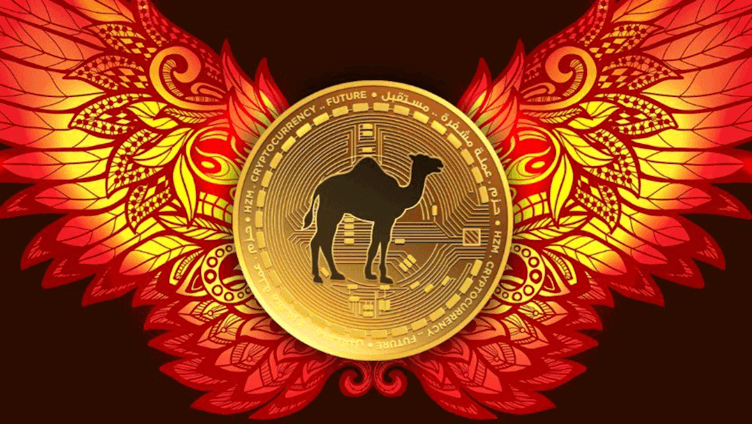 Burn HZM Coin, How Token Burning Works and its Benefits

Several cryptocurrency ventures have adopted token-burning to limit the number of tokens available for sale in recent years. Once burned, they render the tokens useless, and HZM is not exempt from this trend.

It’s the first Arabic cryptocurrency causing a stir on the global digital asset market after posting an unprecedented price surge since its launch in July 2021 at $0.0006. The founders had initially released 100 billion HZM coins but burned 95.5% of them, leaving only 4.45 billion coins. So, why burn tokens, and is it beneficial? We will explore that below, but briefly,

How Does Token Burning Work?

‘Burning’ occurs by sending the token signature to a black hole or “eater” address—an irretrievable public wallet whose status is broadcast to the blockchain and can be viewed by anyone. A company can choose one of two options when burning tokens. The company can buy existing tokens from the market (known as buy-backs) or remove the currency from circulation.

The tokens may be in a team wallet, treasury, or they may be unallocated tokens. For instance, as mentioned above, HZM burned 95.5% of its coins and kept only 4.45%. The plan is to burn more and keep the supply at 4%. Burning the coin does not affect client wallets but increases the coin’s value for each holder.

Are There Any Benefits to Burning Tokens?

Yes! Asset burning is a common practice, and apart from correcting an error or removing tokens from circulation, more benefits are discussed below.

Economic scarcity is an important concept that gives a specific asset value, in this case, HZM coins. Cryptocurrencies are deflationary, unlike fiat currencies. Most cryptocurrencies have fixed coin supplies, so no additional coins can be created once the total supply is reached.

Bitcoin is an excellent example; it has a limited supply of only 21 million units; prices rise because fewer units are available if demand increases. Similarly, if there’s a further decrease in Bitcoin’s supply through burning, loss of private keys, or even forgetting Bitcoins, the price will rise since fewer Bitcoins are available to meet everyone’s demands.

Coins are deliberately destroyed in burning, reducing the supply in circulation. The method effectively increases and stabilizes the value of coins and tokens. As a general rule, reducing the quantity of something increases its value.

Token burning acts as a deflationary mechanism that affects the value of the tokens. It falls under the laws of supply and demand, just like the Bitcoin halving. As with halving, burning tokens restricts supply. When demand is constant or increases, the price will rise naturally. The burning will have little impact if the demand decreases.

Coins that use proof-of-burning (POB) as their consensus mechanism fall into this category. In POB, miners and users burn a portion of coins to achieve consensus in a distributed network.

Burning coins effectively safeguard against Distributed Denial of Service Attacks (DDOS) and prevent clogging the network with spam transactions. By burning coins, users pay the exact cost for executing a transaction when sending Bitcoin (BTC) or paying for gas for smart contracts on the Ethereum blockchain.
For example, some projects have integrated a burning mechanism where a portion of the amount sent is automatically burned to validate transactions instead of paying miners.

Burning coins is a powerful way for cryptocurrency projects to show their commitment. Any project should add value to its coin holders, who are most likely the core users and supporters of the service.

A coin-burning mechanism that burns excess ICO tokens or provides periodic burn schedules (by purchasing tokens from the open market and burning them) would significantly enhance the growth prospects for the project.

By burning tokens, a project reduces the overall supply. As a result, “deflation” occurs. When the circulating supply drops and there are fewer of them, assets gain in value, which drives the value increase of the remaining tokens. Burning tokens are like companies buying back their shares. This is how the company “returns value” to its shareholders. Many cryptocurrencies burn their tokens to accomplish this.

What Happens to Token Prices After a Burn?

But a burn does not increase the price of the token overnight. Other developments may overshadow its impact. Alternatively, investors may have expected a token burn and priced it in earlier. Yet, burning tokens supports an asset’s price and is viewed positively in the long run.

It is also possible to burn tokens in proof-of-stake protocols to validate transactions.

If a sizeable chunk of tokens is removed from circulation, there’s a chance they’ll receive a higher staking reward value in US dollars. Potential investors are reassured that the future supply of the token will continue to shrink, easing concerns about inflation or an overly diluted market. As a result, this practice is also attractive as a “store of value.”

As an example, Tether accidentally generated $5 billion in USDT! To avoid destabilizing the US dollar peg with these tokens, they had to burn them immediately. Whatever mechanism is used, the outcome is the same: the tokens are removed from circulation and never reissued.

Is Token Burning the Solution?

Coin burning has gained popularity in the last few years because it allows cryptocurrencies to begin at low prices and then artificially boost their value after securing investments.

A new cryptocurrency may start at a fraction of a cent and acquire investors because of the low price. The creators can burn billions of tokens to increase the price in the future. By burning tokens, holders and projects alike can reduce inflation and encourage users to hold. HZM Coin is ready to further expand its global reach and achieve its vision. Investors who are interested in HZM Coin investment can easily visit www.hzmcoin.com